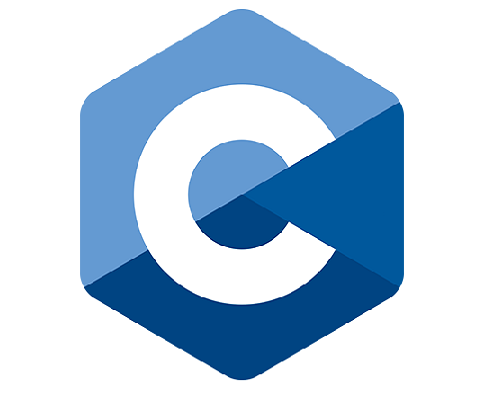 C is probably the most widely known programming language. Its the primary language for
computer science courses all over the world, and it’s probably the language that people learn the most in
school among with Python and Java.

C is not just what students use to learn programming. It’s not an academic language. And I would say it’s not the easiest language, because C is a rather low level programming language.

Today, C is widely used in embedded devices, and it powers most of the Internet servers,. We can say that C code runs a good portion of the entire world. Right now. Pretty remarkable.

When C was created, it was considered a high level language, because it was portable across machines.
Today we kind of give for granted that we can run a program written on a Mac on Windows or Linux,
perhaps using Node.js or Python. Once upon a time, this was not the case at all. What C brought to the
table was a language simple to implement, having a compiler that could be portable to different
machines.

C is not garbage collected. This means we have to manage memory ourselves. It’s a complex task and one that requires a lot of attention to prevent bugs, but it is also what makes C ideal to write programs for embedded devices like Arduino. C does not hide the complexity and the capabilities of the machine underneath. You have a lot of power,
once you know what you can do. I want to introduce the first C program now, which we’ll call “Hello, World!”

In order to create a simple program which prints “Hello World”, which is the favorite program of the beginners use any text editor to create a file (hello.c). Well, the extension should be ‘.c’ always. Please keep that in mind

This line tells the compiler to include the contents of the standard library header file (always has the extensions .h) in the program. Headers are usually the files that contains the function declarations, macros and data types. This is the standard header always kept in a program so that we can access the puts function which we will discuss later.

This line starts the definition of a function. It states the name of the function (main), the type and number of arguments it expects (void, meaning none), and the type of value that this function returns (int). Program
execution starts in the main() function.

This line calls the puts() function to output text to standard output (the screen, by default), followed by a newline. The string to be output is included within the parentheses.

“Hello, World” is the string that will be written to the screen. In C, every string literal value must be inside the double quotes “…”.
In C programs, every statement needs to be terminated by a semi-colon (i.e. ;).

When we defined main(), we declared it as a function returning an int, meaning it needs to return an integer. In this example, we are returning the integer value 0, which is used to indicate that the program exited successfully. After the return 0; statement, the execution process will terminate

The following is the original “Hello, World!” program from the book The C Programming Language by Brian
Kernighan and Dennis Ritchie (Ritchie was the original developer of the C programming language at Bell Labs),
referred to as “K&R”

Comments, Why we need them?

Any code of your own that you haven’t looked at for six or more months might as well have been written by someone else.

So if you are not doing some comments you are not a good progammer. So How do you do some awesome comment? Start with simple things. Basically its for you so that you don’t have to look after the code again and again. you may write anything in comment. Don’t worry it wont compile at all.

Well we don’t do it often since you are a beginner. Although if you want to know about it, here is the details. Large chunks of code can also be “commented out” using the preprocessor directives #if 0 and #endif. This is useful when the code contains multi-line comments that otherwise would not nest.

So if you want a multi-line comment and you don’t want to use above one that’s fine. You can just use anything on your code in between /* and */.

Sometimes you want to use a single line comment and below can explain you how to use it properly. you can use this comments in a single line with code at first. Generally we do this a lot and always remember that we keep // to use a comment. Believe me I do often use this to comment the code that i don’t use. Also sometimes I use //todo so that I add some code later in future.

Generally, we all know about Relational Operator. It basically checks the relation between the two operands and returns t he values in the form of boolean (0 or 1); 0 for false and 1 for true, as simple as it is. Lets talk about the types of the relation that we face in programming

Equals “==” : Checks if the value are equal or not; returns 0 if not equal and returns 1 if equal

Equals “!=” : Checks if the value are not equal or are equal; returns 1 if not equal and returns 0 if equal

Greater than “>” : we user this to check of the left side is greater than the right side

Alternative to If then else with only 1 statements for the conditions.