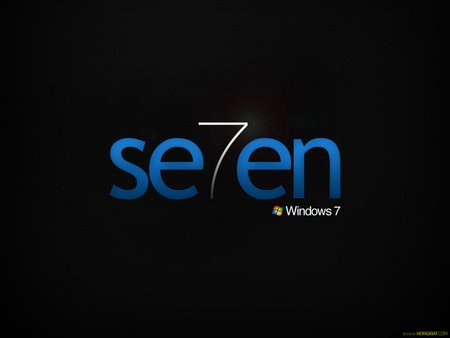 Guys, which is your favorite operating system? If anyone asked me this very question a week before, I would rather say,(scratching my head) “Umm, actually Windows 7 is the OS that I am using right now and I guess that makes it my favorite OS (And give a widespread smile).” Indeed, Win-7 is much easier to use and with a lot of added features added to it, it is simply a ‘wow’ OS. You can take the 3-D window for example. If you have not tried this then check what ‘windows button + tab’
does. Or you could open multiple windows in screen and try shaking the taskbar of one of the windows using your mouse button while the other programs are opened at the background. But, I must say, I was introduced to more of its features at the MSP orientation program.
Windows 7 upgrade advisor is a one of the ‘good to know’ tools. You can check if your PC has any problem to the upgrading to Windows 7 with this Upgrade Advisor. This free utility created by Microsoft, gives you a summary report is some problems were detected during the scan.
Another powerful tool included in Windows Seven is what is called the PSR (Problem Steps Recorder). You might find it fascinating if you provide tech-support to Windows users. PRS is a type of screen capture software that records all actions including keystrokes, mouse clicks etc. and saves the sequence of events in an MHTML page that documents every step the user took, along with screenshots. I say, PSR is a ‘must try’ tool of Win-7.
If you used the ‘print screen’ command in XP or any earlier versions of Windows, then you might know its replacement tool in Win-7. If not, try pressing ‘windows button +S’. Your screen goes dim and what gets initiated is the Snipping tool. You will learn what this tool is actually about when you move your mouse cursor here and there and make a few mouse clicks.
If you have a lot of stuffs in your to-do list and need a memo-like thing, then Sticky notes can be the best alternative for you.
What would you do, if you had an application that runs smoothly in Vista or any other operating system but not in Windows 7 (Halo 2 for example). Windows seven has an added feature which enables you to virtualize your PC to run XP or Vista compatible applications in Windows-7. Try ‘VMware’, it is a simple easy to use virtualization software.
What would you do to transfer you data across your computer and internet connection is not available. If you have a laptop then you have a powerful option to transfer data without any risk of data loss. You could set up an Ad-Hoc connection between two or more laptops and you data transfer road is food to go. If you have played Counter Strike or NFS MW in laptop in a network, then I need not tell you what an Ad-Hoc connection is.
Phew! Knowledge, knowledge and knowledge…..but I say, some tips that I can show off in front of my friends the next time I get a chance. And yes, thanks to MSP orientation program.
Report Prepared By: Aashish Acharya